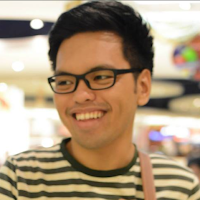 At the UN High Level Meeting to End AIDS (HLM) in New York, civil society played a vital role in advocating for the needs of key populations, in particular stressing the urgent need for the greater inclusion specific communities affected by HIV within the document.

AFAO spoke to one of the civil society delegates at the meeting, Jeffry Acaba, about his thoughts on the outcome of the meeting and what the next steps for civil society organisations will be.


Jeffry is the Education and Advocacy Lead of Youth LEAD, the Asia Pacific Network of Young Key Populations. The Youth LEAD secretariat is based in Bangkok, but the organisation  work with young people from key populations right across Asia and the Pacific , with around 50 focal points in 20 countries.

The work of Youth LEAD focuses mainly on building the capacity of young people in leadership roles and advocating for more the meaningful involvement of young people from key populations in the response to HIV across in-country, regional and international arenas.


AFAO: Can you give us your reflections on  the process of community engagement during the High Level Meeting (HLM)?

​The engagement of communities in the HLM started really early and I think we have seen the synergy of communities and civil society in working together – from the country to the region to the global level – ­and in making sure that the issues on the ground are brought to the missions based in New York.

In terms of civil society engagement in the HLM, however, while the Stakeholder Task Force made sure that communities are included in the Closing Plenary and in the Panels, the space is not enough.

For example, in a two-round panel session of Panel 4, only one seat was provided to civil society while the other 7 were for governments?! When are these government people going to listen to community experiences of a Political Declaration that deals about our lives as key populations?

AFAO: Reflecting on the Declaration text, can you talk about key areas you are concerned about and the impact on communities?

​Generally, I feel that the 2016 Declaration is not a major forward move to the global AIDS response. We heard a lot of times during the HLM how key populations have not been fully mentioned and explicitly mentioned in the Declaration. At the same time, while there have been bolder prevention and treatment targets included, the Declaration lacks the third important foundation for ending the epidemic, which is ending stigma and discrimination.

The Declaration failed to provide a really clear and measurable target towards achieving the Third Zero (on Stigma and Discrimination). We did not see the mention of decriminalisation,  and harm reduction policies are only mentioned in a very broad manner.

To be fair, the 2016 Declaration also has some gains. For us young key populations, the mention of the need to reform age of consent laws and policies on is a step forward.

The clear global resource target for communities – namely the 30% for community-based response and the 6% global allocation for advocacy work of communities – is a foot in the door. But will this be enough to close the gap on this ‘window of opportunity’ of the Fast-track response to end the AIDS epidemic by 2030?   I don't think so.

AFAO: Why is it important for key populations to be named in high level policy documents?

​Simple: How can governments design programs and pass or reform laws and policies that should be targeted if governments ​cannot even mention their target populations?


AFAO: Can you talk about the impact of high-level policy documents on government attitudes in the countries where Youth LEAD works?

​ I think the 2016 Political Declaration will set its tone on how the regional adoptions of the the PD will look like. We have yet to see how regional commissions, such as the United Nations Economic and Social Commission for Asia and the Pacific (ESCAP) (our version of General Assembly in the region)​ will adopt the Declaration, and which targets will they commit to. ESCAP has more progressive language in a range of areas  than the 2016 Political Declaration, so we have yet to see how this new PD will play out.

AFAO: Were there particular examples of positive statements made at HLM you'd like to talk about?

I may be biased, but the civil society statements, of course, are always worth listening too. They are opportunities where  we can just say what we want, and can veer away from these structured modalities of the UN. As for Member States, I am happy with the statements from most Asia and Pacific countries (expect for the conservative ones), but then again, but I am holding my breath. These statements must translate into country-level impacts. I mean, they're worth listening to, but we have to be there also as civil society, to  make them accountable.

AFAO: Now the Declaration  has been endorsed what are next steps?

​ The regional commission (UN ESCAP) is meeting in the next 2 years or so to adopt the Political Declaration at the regional level, so we have to watch that out.​

I am also representing Asia Pacific in the NGO Delegation to the UNAIDS Programme Coordinating Board (UNAIDS PCB), and that's another platform also where we can engage –  not only with UNAIDS but also with the current Member States sitting in the PCB. But for now, we have to consistently express our disappointment with the Political Declaration. At the same time, now that the 2016 Declaration is adopted, it's payback time. Let's make sure that governments will be accountable to the commitments that they made. The work does not end here in New York.


Jeffry Acaba spoke at the UNAIDS High Level Meeting during a panel session on AIDS within the Sustainable Development Goals: leveraging the end of AIDS for social transformation and sustainable development.

The full text of his speech is reproduced below:


Speaking as an Asia Pacific delegate of the NGO Delegation of the UNAIDS Programme Coordinating Board, in 2016, the UNAIDS PCB adopted Decision 4.2 that encourages Member States to advocate for key approaches of the AIDS response, including leaving no one behind and the inclusion and meaningful participation of communities most affected. But let me ask: how can we ensure that we, men who have sex with men, sex workers, people who use and inject drugs, transgender people, people living with HIV, and adolescent and young key populations are not left behind when we are completely excluded in being mentioned explicitly in the Political Declaration?

Asia Pacific has seen great strides in naming key populations. In 2011, two UN-ESCAP Resolutions, 66/10 and 67/9, called for regional action to achieve universal access to HIV prevention, treatment, care and support and to amend or remove laws, policies and practices that fuel stigma and discrimination and ensure sufficient investment to men who have sex with men, sex workers, people who inject drugs, and transgender people, to sustain the response. In 2015, governments in Asia Pacific noted the increasing epidemic of and naming young key populations in the official progress report. I wish that our governments from Asia Pacific are reminded by these commitments that they made.

Partnership between governments and civil society is not only considered innovative but also crucial for the achievement of the SDGs and ensuring that HIV remains afloat. In our region in Asia and the Pacific, institutionalizing civil society engagement became eminent with the formation of the Asia Pacific Regional Civil Society Engagement Mechanism (AP-RCEM) – a platform representing more than 500 organisations that goes beyond in recognizing constituencies that are left behind such as migrants, people with disabilities, displaced peoples, lesbians, gays, bisexuals and transgender people, people living with HIV, older people, and us, young key populations. RCEM was endorsed by member states in the 2014 ESCAP meeting on Gender Equality where ESCAP was urged to strengthen collaboration with the body.

There is so much that the SDGs can learn from the global HIV response especially from the leadership of key populations, but if we allow bigotry and complacency to allow erasure of our existence in the Political Declaration and our work from here on, what is there to learn from the AIDS response? Thank you.