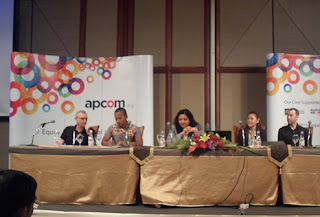 What's the next step for HIV testing services? 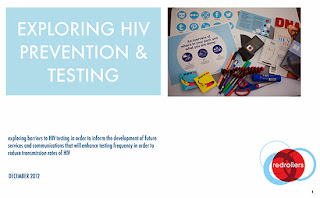 After moving at glacial pace for years, HIV rapid testing is now being ‘rolled out’ in different forms around the country. Although this will make testing more accessible and convenient, there has not been much attention paid to the experience of the users of testing services, and how services might change their models and their design to enhance the user experience.

To help explore this question, AFAO teamed up with Sydney and South Western Sydney Local Health District to commission a research project using innovative methods that focused on the ‘user’.
Read more »
Posted by Dean Murphy at 10:14 No comments:

New publication puts focus on HIV in Asia and the Pacific

18 November 2013, Bangkok, Thailand - On the eve of this year's International Congress on AIDS in Asia and the Pacific (ICAAP11) - the largest HIV conference in the region -  two leading community HIV organisations, the Australian Federation of AIDS Organisations (AFAO) and the Asia Pacific Coalition on Male Sexual Health (APCOM) , have released a special edition of AFAO's flagship publication, HIV Australia, discussing HIV in Asia and the Pacific.

The special edition aims to create discussion around the significant human rights, HIV and funding gap issues for men who have sex with men (MSM) and transgender people. These issues include:

In the lead up to the 11th International Congress on AIDS in Asia and the Pacific (ICAAP11) -  the largest HIV conference in the region - The World Health Organization (WHO) and UNAIDS are hosting a two-day Leadership Forum entitled "Asia Pacific Getting to Three Zeros"  to discuss achieving zero new infections, zero AIDS deaths, and zero discrimination in the region.

The two day forum, held 18-19 November in Bangkok, is one of many events happening during the ICAAP conference that is putting the international spotlight on responses to HIV in Asia and the Pacific. Around one hundred senior government officials, policy makers and civil society leaders were in attendance on the first day of the forum.

Since December 2012, NSSHS has offered the option of receiving conventional HIV test results (if negative) by SMS on the following business day after their test. Gay men were able to choose between: 1) having a point-of-care test; 2) receiving their results by phone 5 to 7 days later; or 3) receiving results by SMS.

Overall, 94% of those who opted for SMS results were satisfied with this method. Of the 48 men who had previously had a point-of-care test, 35 elected a result by SMS. Feedback via clinicians indicated that men perceived conventional pathology as more reliable than rapid testing. A longer visit time also undermined the popularity of the rapid point-of-care test.