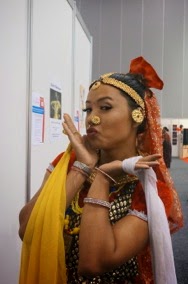 Due to stigma, transgender women especially are particularly vulnerable to HIV, so AFAO has over the years tried to ensure that transgender issues are addressed in our programs, policy work and resources.

To celebrate TDoR, this post shares pictures and links to articles, mainly from past editions of HIV Australia, which analyse the issues and showcase the work AFAO and our partners have been doing in Australia and the Asia Pacific region to support the health and human rights of transgender people. 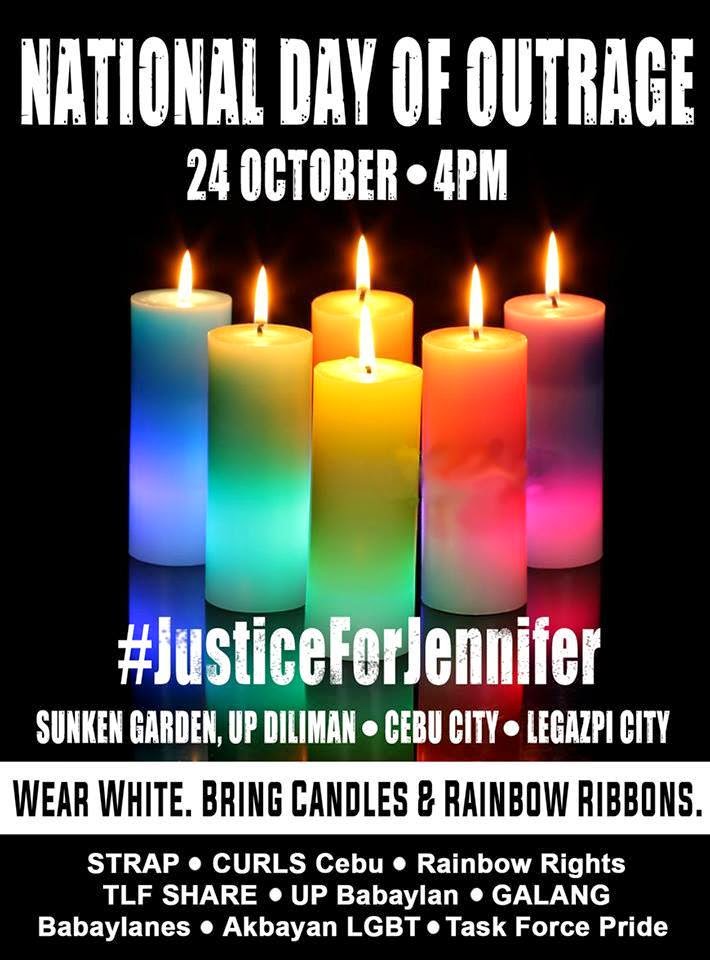 TDoR was founded in 1998 by Gwendolyn Ann Smith, a transgender women, to memorialise the murder of Rita Hester.
Since its inception this day has grown into a global event to bring attention to the continued violence perpetrated and against and endured by the transgender community.

Now, in 2014, the original rationale for the Transgender Day of Remembrance is just as relevant as ever.

The two highly publicised violent deaths of Indonesia women Mayang Prasetyo in Australia and the case in the Philippines of Jeffrey Laude, known as Jennifer, were two horrific examples where domestic violence resulted in the murder of transgender people.

These examples however, are representative of broader issues impacting the transgender community.

Youth Voices Count, the network of young men who have sex with men (MSM) and transgender people in Asia and the Pacific, have reflected on some of the challenges facing transgender youth:

"Bullying in school, harassment in day-to-day life and violent relationships impact the lives of transgender people in our region. Significantly, when transgender people face these issues they face them alone, they have nowhere to turn for support. Many are turned away by their families. Many face harassment from law enforcement and others whether through financial, geographical or cultural barriers cannot access mental and physical health services that can assist them in achieving a level of well being.

"Transgender people are disproportionately impacted by HIV/AIDS. It is this absence of safe environments where transgender people can engage the services they need that is a significant obstacle in the regional response to HIV/AIDS."


The Asia Pacific Transgender Network (APTN) are central to the regional advocacy effort for transgender people. They recently released a video in partnership with UNAIDS.

UNAIDS have described  the video as "an opportunity to celebrate everyone's right to live a full and productive life with dignity" which is no doubt an underlying theme of the Transgender Day of Remembrance each year.

Respecting the rights of trans* people within the HIV response

Jetsada Taesombat and Rena Janamnuaysook report on research findings about transgender people's vulnerability to HIV in the region, and make recommendations for how to build an enabling environment.

' …. if public health services seek to address HIV alone, without addressing access to human rights protection and gender recognition, the provision of health services and the reduction of trans* vulnerability to HIV will remain major challenges.'


Abigail Groves researched the experience of transgender women living with HIV in Australia, and found that we know very little about them.

'The mode of transmission in cases of HIV among transgender people is usually listed as 'undetermined', because of the difficulties of determining whether sex was 'male-to-male' or 'heterosexual'.'

Youth Voices Count (YVC) is a regional network of young MSM and transgender people in Asia and the Pacific. Setia Perdana of YVC says that stigmatising laws stop young transgender women from accessing HIV services to learn their HIV status or get treated.

Arbitrary law enforcement '… obstructs HIV interventions, advocacy, outreach and service delivery, increases the vulnerability of young MSM and transgender women to HIV infection and has an immense adverse effect on their health'. 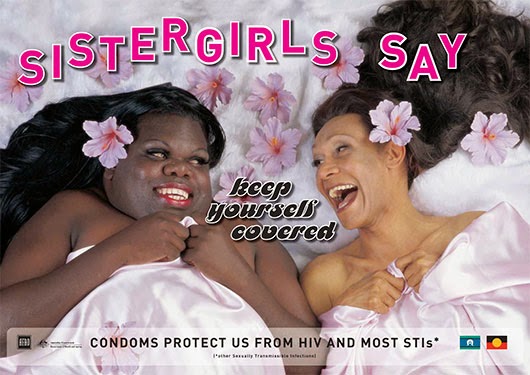 'Sistergirls Say - Keep Yourself Covered' was a national peer based poster and postcard campaign that AFAO developed in 2004 to promote self-esteem and sexual health messages for Aboriginal and Torres Strait Islander sistergirls.

'By promoting positive self-esteem the poster is also able to address underlying issues such as isolation and discrimination. The resource has also been designed to raise awareness of sistergirl identity within the broader HIV/AIDS and sexual health service provision area.'


Male and trans* sex workers organise against stigma, discrimination and HIV in Thailand 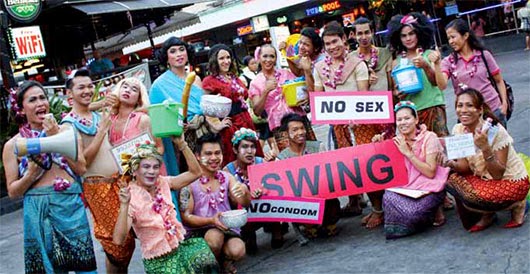 'Through addressing the wide-ranging stigma and discrimination that affect sex workers in Thailand, SWING has developed a variety of innovative and creative strategies that specifically focus on building relationships with unlikely allies.

Strengthening enabling environments in the Pacific

'The PSDN is a region-wide network of MSM and TG community organisations and projects and was formed in recognition of the need to develop a more effective regional response to the actual and potential threat that HIV and AIDS poses to MSM and TG across the Pacific.'


Sin How Lim, with Thomas E Guadamuz and Frederick L Altice, discuss the need for more information about MSM and transgender people who use drugs.

'Drug-use patterns and HIV-related risks among transgender people are … poorly understood because … studies are extremely rare, despite a recent systematic review and meta-analysis of global studies showing that transgender people bear a much higher HIV burden (50-fold higher) than the general adult population.'


Naz Male Health Alliance (NMHA) is the first and only men who have sex with men (MSM) and transgender community-based organisation in Pakistan.

'Founded in 2011, it provides technical, financial and institutional support for improving the sexual health, welfare and human rights of the MSM and transgender community throughout the country.' 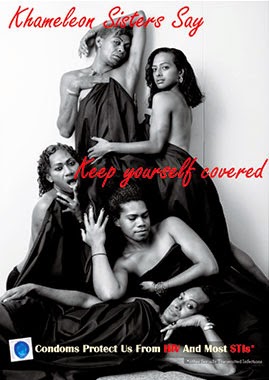 
Haus of Khameleon is a youth and transgender led feminist movement working to create a safe space for Transgender people in Fiji.

'Haus of Khameleon believes in the power of art as a tool for activism and use a variety of media to create, inspire, inform, celebrate and energise their communities.'

On 20 November 2014, the Transgender Day of Remembrance please take a moment to reflect and show your support for transgender people.