The Indigenous presence at AIDS 2014 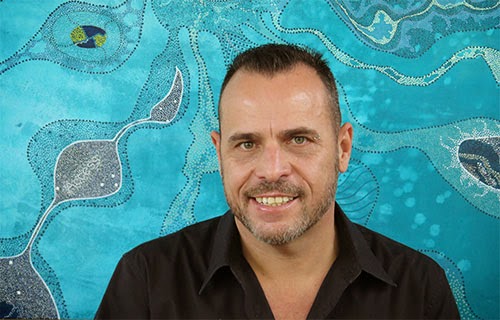 In the lead up to the international HIV/AIDS conference in Melbourne in July (AIDS 2014) AFAO is running a series of posts highlighting activities related to the conference and exploring some of the issues that will be discussed there.

Kicking off our series, Michael Costello-Czok, Executive Officer of the Anwernekenhe National HIV Alliance (ANA), spoke to AFAO about how Indigenous people from HIV organisations around the world will be spending their time in Australia this July.


Michael, what sort of activities do Indigenous people have planned for AIDS 2014?
Our first event is the International Indigenous pre-conference on HIV & AIDS: ‘Our Story, Our Time, Our Future’ on 17 – 19 July. There are two main satellite forums attached to the pre-conference, a forum for people living with HIV, and a youth forum. There is also a luncheon for leaders from the Aboriginal health and HIV sectors, which aims to bring together people who have an interest in what’s happening with Indigenous communities and HIV, but are not able to attend the whole conference.

The other major component is Djamabanna Ngargee Birrarung Marr, the Indigenous People’s Networking Zone at the Global Village at AIDS 2014.  The networking zone, which runs for the whole week of the conference, has a program of activities ranging from cultural performers to informal discussions and interviews with people from both the International Indigenous Working Group on HIV&AIDS (IIWGHA), the local Australian Aboriginal and Torres Strait Islander Organising Committee (AATSIOC), and relevant people associated with the international AIDS conference.

A range of cultural activities has also been organised around Melbourne to ensure that the broader community who aren’t attending AIDS 2014 are aware of the conference and its objectives and outcomes. There’ll be community forums, social events, and gatherings. The Victorian Aboriginal Community Controlled Health Organisation (VACCHO) has taken a leading role in organising and working with IIGWHA to plan and develop the Indigenous networking zone and local events.

What issues are you hoping to highlight through the pre-conference and the networking zone?
I think the significant issue is the presence of Indigenous people in the global HIV response. International AIDS conferences have been held for a number of years, but this is the first time the International Indigenous pre-conference is an independent affiliated event. I think that significantly raises the profile of Indigenous people being part not only of the conferences, but of the global response to HIV.

Quite often under a UN definition Indigenous people get lost in population groups and they’re not identified as such, they’re identified under other sub-groups. So when this conference is held in a country like Australia or Canada where there’s a resourced Indigenous population that is participating in the HIV response in many different ways, you see Indigenous issues being highlighted more than you do at conferences in places like Vienna and Bangkok.

What other goals do you have for these events?
It’s not only about Indigenous participation, it’s to raise the profile of the issues affecting Indigenous people globally. One country’s success may be another country’s barrier. There are a range of different issues around HIV that affect Indigenous communities differently.

One of the main topics for discussion at this conference is treatment as prevention (TasP) and the impact of that on Indigenous people. Different countries are at different stages in their understanding of TasP and just how it’s going to be implemented.

Who are you expecting to come to the conference from Indigenous communities overseas?
It’s important to highlight that the Indigenous pre-conference is an initiative of IIWGHA, and that IIWGHA always tries to work with a local organising committee or group for the country hosting the pre-conference. The 2014 pre-conference is a collaborative initiative with AATSIOC.  Around 16 countries participate in IIWGHA, so we’re expecting that we’ll have a lot of international guests, mostly from North America – Canada and the US – as well as from the Pacific and New Zealand. We only have a small contingent coming from South America, because the costs are a lot higher for them.

Can you give us a sneak preview of any special activities or speakers?
At any Indigenous conference, the formal program runs equally alongside cultural activities because a lot of the sharing and exchange of knowledge happens at those cultural events. There’s a cultural event associated with every day of the pre-conference, starting with a traditional Indigenous welcome to the conference and to Sydney on the Thursday night, and closing on the Saturday night with a cultural exchange called the Gadigal Corroboree. This will involve cultural performances from all the international countries that are attending. It’s a way of showcasing their particular cultures and will include things like ACON’s Aboriginal and Torres Strait Islander opera group. The contingent from New Zealand is planning a rather large and spectacular Maori performance. It’ll be lots of fun.

Gadigal’s a reference to the traditional custodians, isn’t it?
Yes it is. Whilst this is an international conference, we’ve given it an Australian flavour through the naming of particular events or forums. For example the program’s going to include what we call yarning circles. Yarning circles are informal opportunities for people who wouldn’t normally participate, who may feel a little uncomfortable in talking or presenting at conferences. The yarning circles allow them a supportive space to talk about particular issues relating to people who inject drugs, or gay men and men who have sex with men. There’s another one for women, and a sistergirl/transgender yarning circle.

In designing the program have you been drawing on your experience over the years with the Anwernekenhe conferences?
Yes. James Ward and I are co-convenors and both of us have different expertise in developing programs and developing themes to help people get the most out of the conference. Certainly it’s been a lot easier for me having been involved in the Anwernekenhe conferences here in Australia,  but also having been involved in the Indigenous pre-conferences prior to this one, I’ve been able to assist with how the balance of global and domestic issues could be best achieved.

The reason behind having the pre-conference in Sydney, was that we wanted to do something in NSW, which has been one of the most active states in terms of Indigenous programs for a number of years. We knew that we would have good buy-in from workers and organisations in NSW, but also it gives the international delegates an opportunity to see a bit more than just one city and experience the culture of two different areas of Australia.

You’re going to have some celebrities there, aren’t you, like Destiny Haz Arrived and Condoman?
Yes, from a domestic point of view we’re really trying to share and exchange a range of initiatives, education campaigns and responses that have been successful and are working in our communities, like Our Destiny – Protecting Our Sexual Health, featuring Destiny Haz Arrived and Condoman. We’ll also be talking about a range of successful research methods, prevention methods, and initiatives around treatment, care and support.

Obviously they’ll be particular to Aboriginal and Torres Strait Islander responses, but we think that they’ve got adaptability internationally, so it will help some of the other countries think about how these kinds of initiatives could be developed in their responses to HIV.

Condoman is an internationally recognised and successful campaign. Condoman has previously travelled to an International AIDS conference and also been highlighted at several other international conferences as a uniquely Aboriginal and Torres Strait Islander Australian response. There’s always interest about Condoman, and what he represents.

Over the years Condoman has evolved from a poster image to a real live action hero character. It’s not just looking at an image anymore; nowadays people really relate to the fact that he’s a person that they can interact with.

Any other comments?
Events such as the international pre-conference and networking zone involve an incredible amount of work and dedication from a lot of people, and acknowledgement should be given to the members of the IIWGHA and AATSIOC and to our communities. Our goals are to be as inclusive as possible both domestically and internationally. We want people to feel like this is their conference and that they can participate effectively, that this is not just a conference that happens and then you leave town. We’ve developed a range of different initiatives that will create a legacy for the conference and I think we’ve done that really well.

I am Central Arrernte of the Arrernte Nation, I also acknowledge my Irish, English and Finnish heritages. I was raised in Alice Springs by my grandparents and now live in Queensland with my partner Corey of 18 years and our precious dogs.

For the past 18 years I have worked in the community response to HIV, both nationally and internationally. I first became involved with the Anwernekenhe movement in 1998 at Anwernekenhe 2 at which time I was elected to the Anwernekenhe Steering Committee. Soon after, I accepted a position with the Australian Federation of AIDS Organisations (AFAO), in the role of Senior Policy and Programs Officer with the National Aboriginal and Torres Strait Islander HIV/AIDS Project, a position I held until December 2011.


After 13 years with AFAO, I resigned to accept the position of Executive Officer of the Anwernekenhe National HIV Alliance (ANA). I uphold a strong commitment to self-determination for Aboriginal and Torres Strait Islander people, ensuring that we continue to build an effective community response to HIV and a strong future.
Posted by AFAO at 12:12