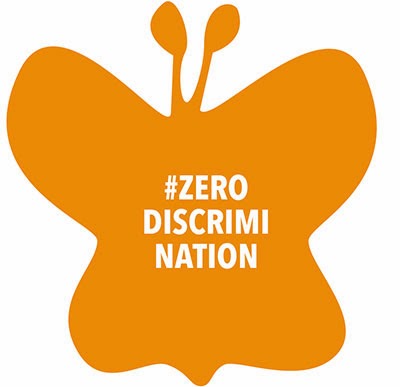 Zero Discrimination Day on Saturday, 1 March, is an opportunity to challenge the stigma that is associated with HIV, and with marginalised groups who are disproportionately affected by HIV, such as gay men, injecting drug users, and sex workers.

This UNAIDS campaign seeks to ‘celebrate everyone’s right to live a full and productive life with dignity—no matter what they look like, where they come from or whom they love.’


To mark Zero Discrimination Day, AFAO Policy Analysts Jill Sergeant and Michael Frommer report back on a workshop on HIV, stigma and research priorities at the Centre for Social Research in Health Promises and Limitations conference, held at the University of NSW, 20-21 February.

Panellists were asked to outline stigma-related issues for their sector and make suggestions for future directions in research. Their comments stimulated a wide-ranging discussion about how stigma continues to affect the HIV response in Australia.

Pene Manolas from Sydney Local Health District, kicked off the discussion by outlining the key stigma-related challenges for people who have acquired HIV through heterosexual contact. Based on her work with the Heterosexual HIV Service in Sydney, Pene said that most heterosexuals with HIV in NSW feel invisible, don’t feel they belong in the HIV sector, and are afraid to meet others and fear being labelled. The stigmatisation of HIV can ‘reinforce behaviours around shame and panic’ among heterosexuals, she said.

Pene suggested that social research could investigate knowledge, attitudes and awareness of HIV among different groups in the broad Australian community, such as young people, heterosexual people who use drugs, older people who’ve become sexually active again after separation or divorce, and health care workers.

People from high prevalence countries constitute an increasingly high proportion of diagnoses among heterosexuals with HIV, and panellists Barbara Luisi (Multicultural HIV and Hepatitis Service) and Alex Stratigos, a solicitor at the HIV/AIDS Legal Centre (HALC), addressed some of the issues for people from Culturally and Linguistically Diverse (CALD) communities.

Alex explored the interplay between HIV, stigma and migration, highlighting the psychological and emotional toll on people who are seeking to migrate or stay in Australia. She referred to cases in which people have avoided testing or seeking care as they felt that a positive diagnosis might detrimentally affect their migration status.

Barbara explained that HIV-related stigma can cause considerable difficulty for individuals from CALD communities affected by HIV, who may face discrimination at the administrative level within healthcare settings. She speculated about the impacts of stigma and discrimination on access to treatment for CALD people with HIV, and what factors could be ‘protective enablers’ for them to access services.  Barbara advocated for education and outreach to health care workers at migrant health services and GPs in areas with large migrant populations, who are often the first point of contact for CALD people with HIV.

Drawing upon the findings of the HIV Stigma Barometer and the Stigma audit research, AFAO Health Promotion Officer Sean Slavin described the stigma that HIV positive gay men can experience within the gay community. This research found high levels of stigmatising attitudes among HIV-negative gay men and high level of stigma experience among gay men with HIV.

Sean reflected that while social media may provide new channels for the expression of  stigma, especially among young gay men, it may also offer space for challenging people’s assumptions. He posed the question of how to challenge the serodivide. ‘Many HIV-negative men have no issue with HIV or positive sexual partners. How do we encourage or champion those people? How do we make it cool to be cool with HIV?’, he said.

Sean referred to a talk by social researcher Peter Aggleton, in which Peter argued that much of the work done on the issue over the past three decades had either misunderstood what stigma is or had been ineffective in addressing it.

‘As someone who has supported various anti stigma efforts over the years this was quite depressing,’ Sean said. ‘Unfortunately, Peter didn’t provide suggestions about what would work. So my question is simply: what can health promotion do that is likely to be effective?’

This concern was echoed by other speakers and audience members at the session. Jude Byrne, representing the Australian Injecting and Illicit Drugs League (AIVL), commented that the lack of progress on addressing stigma over the years is very discouraging for people who inject drugs (PWID). She also threw the question back to the room of what can be done to create more understanding of the experience of people who inject drugs, and concluded that only an end to the prohibition of illegal drugs will make a difference.

An audience member from a peer PWID organisation noted that the very term ‘harm reduction’ is stigmatising, because in focussing on harm, it does not acknowledge that people use drugs for pleasure.

Grenville Rose, from Aftercare, provoked some debate when he said research has indicated that personal stories are a highly effective strategy for changing hearts and minds. This was challenged by PWID and sex worker representatives on the panel and in the audience, who pointed out that sex workers and PWID often have to emphasis a ‘tragic’ narrative in order to be taken seriously, or gain access to services. Stories of hardship and tragedy also reinforce stigma by stereotyping people from these groups. ‘People can be pressured into a box, or damaged’, said one participant. 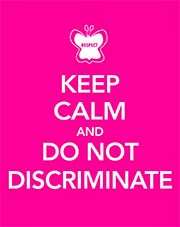 While acknowledging that personal stories can be valuable in challenging stereotypes, many in the room agreed with Jane Green, the panellist representing Scarlet Alliance, that they could also be ‘a dangerous route for people already marginalised’ because they individualise stigma, rather than addressing the structural issues that create it.

Sean and Grenville  commented that because telling personal stories can be a ‘two edged sword’, or a ‘burden’, that potentially expose people to further stigma and discrimination, they must be well prepared and supported before making public disclosures. John Rule, from NAPWHA, suggested that we could learn more about the benefits and pitfalls of personal narratives from examining the 20+ years of experience of Positive Speakers Bureaus.

Jane put forward a strong argument for the full, authentic involvement of sex workers in research initiatives. She said sex workers have at times participated in research in good faith, which has – sometimes inadvertently – resulted in poor policy outcomes for sex workers. She also recounted sex workers’ experience in the lead up to a proposed PrEP trial inCambodia in 2004, where inadequate provisions were made to protect the participants’ health and human rights, and remuneration was not offered.

This need for affected communities to be take leadership and be treated as equal partners in research was a common theme across the different communities represented by the panellists.

Overall, both audience and panellists agreed that stigma persists in undermining the health of affected communities, and many challenges remain in addressing it.

What do you think about HIV-related stigma? What are your thoughts on the questions we wrestled with at this session? 30 years into the epidemic, what new ideas can we come up with to reduce stigma?