Debby Doesn’t Do It For Free 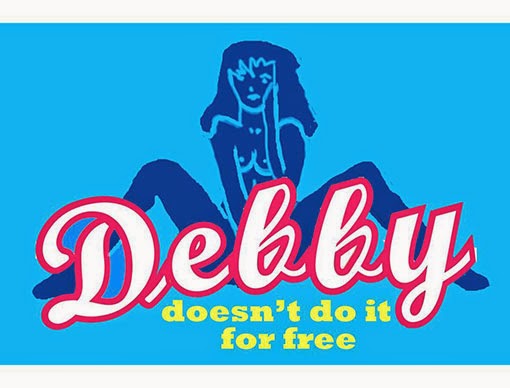 The Debby Doesn't Do It For Free interactive exhibition is coming to Sydney from 2 - 6 June.

Opening on International Whore's Day at the Tap Gallery, the exhibition's described as a 'celebration and homage to sex work'. It will include videos, prints, soundscapes, installations, the popular 'Ask a Hooker a Question' booth and more.

We asked one of the artists, Difficult Debby, to tell us more.


Why did you choose to call yourself 'Difficult Debby' for the exhibition?

I was around at the time of the Debby's forming, back in 2002, in Perth and have stuck with the name I created back then: 'Difficult Debby'. The Debbys wanted to create a safe space where each member could speak out, without fear of stigmatisation or criminalisation, through anonymity.

By choosing a Debby name, each collective member can create their sex worker art-form. This reflects how in the sex industry sex-workers choose to use a pseudonym or 'working name'.

I chose Difficult Debby because, coming out as a sex worker, I faced a lot of confusion and misrepresentation from activists, friends and family. The difficulty that I faced in the sex industry came not from the actual work itself, but from the stigma and stereotypes I encountered.

This stigma actually hurts women. It hurts sex workers when people speak 'on behalf of us', and 'about' us, and this stigma is reflected in laws that have been shown to further harm women, and sex workers. I found the secretive nature of working left me isolated and most importantly, put me in more danger.

My artwork represents some of the issues around sex work and pornography, including issues with feminism, parenting and stigma. My work aims to demystify some of these issues, and represent sex work as 'work'.


Is this your first Debby exhibition?

I was involved in the first exhibition of the Debbys, at Artrage, Perth, back when we formed in 2002. My previous artwork was an installation called 'Peep Boxes', which included five boxes, made from recycled floorboards, and constructed as little houses. 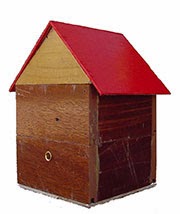 Each 'Peep-Box' was installed with peep-holes, so visitors to the show could come along and look inside. The title and concept of the work explored the fascination, voyeurism and fantasy that people have with the sex industry. The scenes I constructed inside the boxes created miniature 3d settings, juxtaposed with multimedia imagery, which aimed to demystify sex work.

Viewers, (expecting some 'lurid' display) are presented with ordinary scenes instead, of women working (ironing men like clothes, routine, work, habitual). These are presented as satirical settings where I aimed to demystify sex work and present 'sex work as work'.


Please tell us about your artwork for the 2015 exhibition and what inspired it.

My artworks for the 2015 show include a series of political art print-posters. I will be exhibiting a new series of these works exploring issues of stigma, drug-use, pornography, feminism, parenting, sex and sex work. 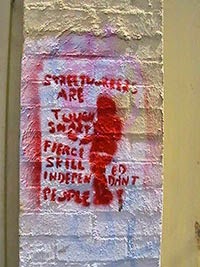 These prints are from a Graphic Novel I am developing called 'Debby Does Damage'. There are nine posters presented as a multimedia collage, printed in A3 size (they will also be available for sale - as posters and postcards).

These artworks are about my story as a sex worker, and look at many overlapping issues, including themes of love, sex, sexuality, family, family court, issues of violence and misrepresentation, drug-use, stigma, isolation, poverty.

They will be informed by the current political context including issues with the Nordic Model and particularly, stigma around drug-use and sex work.

If visitors to the exhibition only take home one new thought about sex work and sex workers, what do you want it to be?

The main thing I would like visitors to the show to do, is remain open-minded, listen to sex workers. Each individual story that the Debbys represents, is a part of sex work that is real and demands to be heard, over the media stereotypes. Also, most importantly sex work is work.

I am deeply concerned about the stigma around drug use and sex work. I see the similarity between the drug user and sex worker movement in that criminalisation and marginalisation increase the the harm and discrimination that the affected community face.

The media will tell me about some kind of harm to sex workers psychological wellbeing simply by doing sex work …. but I believe sex work, for me, was a great experience, (and paid the bills, most importantly). The stigma that I encountered is the only bad thing about being a sex worker.

The recent Faces of Prostitution campaign, like the Debbys, involves 'actual' voices of sex workers (rather than those speaking 'on behalf of us'). It is our voices, our experiences - often misrepresented, and not heard in mainstream media. The Debbys are a creative force, made up 'by' sex workers.

We have been around since 2002, and in 2015, we are back with original and NEW members, ready to assault your senses. Please come along to the show and see and listen to all the different experiences that the Debbys represent about the sex industry. 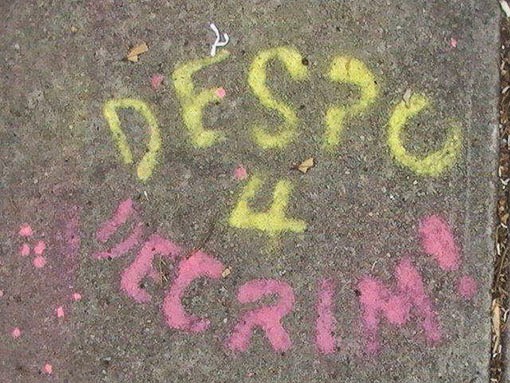 There will be rotating performances in the window over the entire 35 hours of the exhibition.

Opening night includes the band WhoreCore - be there early, doors open at 6.00pm.

Allies to sex workers are invited to a special viewing on 4 June.

This is your opportunity for a guided tour, a short video screening and discussion, a chance to view the art works among colleagues, and to hear guest speakers from local sex worker groups.