Check out our photo story on AFAO's activities in 2014.

We’re in Australia. It was what’s known as the silly season. We went to the beach. 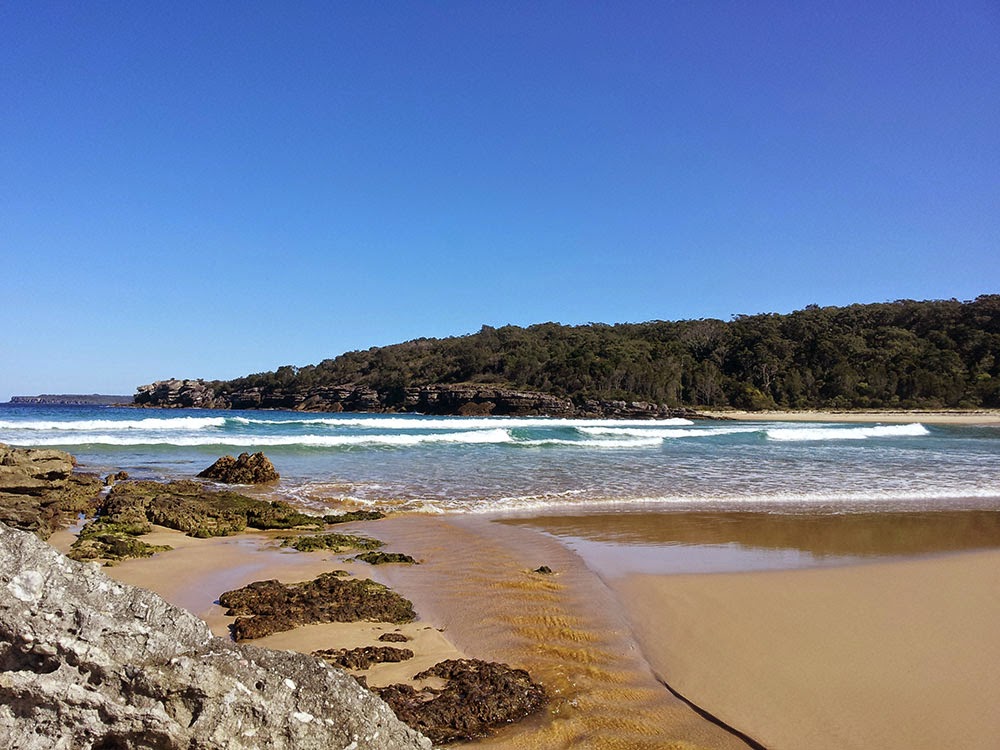 Ok, ok, we were working too, but nothing worth photographing.

In February we supported the roll-out of rapid testing.

This month we celebrated UNAIDS Zero Discrimination Day with office photos and a blog post.

This month we went to Manly for our biennial National Gay Men's HIV Health Promotion Conference.

And then there was Easter.

In May it was time for us to get some new photos taken.

We also supported  our PNG partner Kapul Champions' anti-stigma campaign, launched to coincide with the annual International Day Against Homophobia and Transphobia (IDAHOT). Read about their recent campaign work here.

This was a very busy month preparing for the 20th International AIDS Conference - AIDS 2014.

We also road tested our brand new HIV Media Guide website, which aims to support more sensitive reporting on HIV. We launched in time for AIDS 2014 and you can check it out at hivmediaguide.org.au 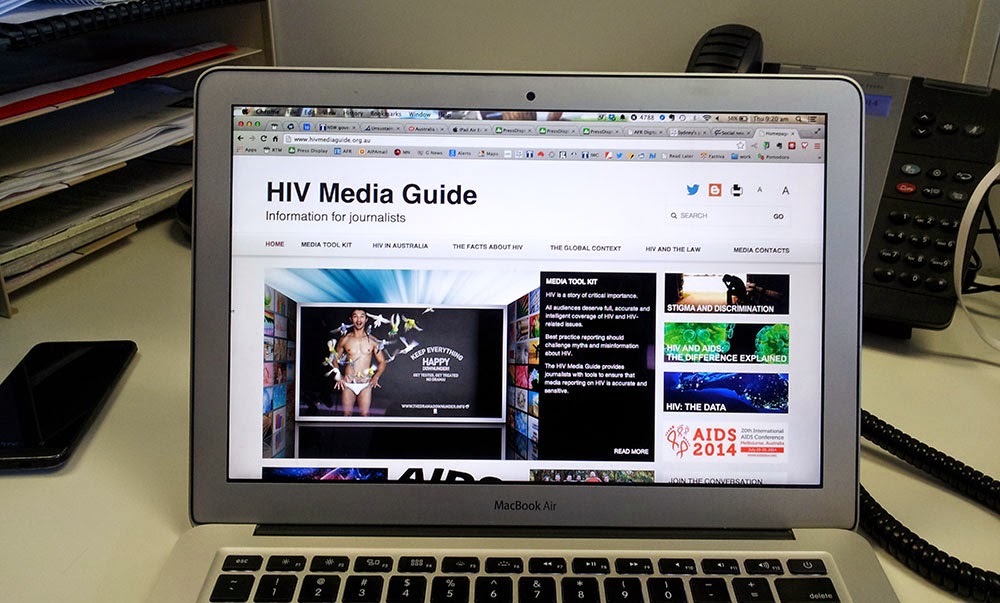 Finally, all our preparations paid off and, along with 14,000 other people, we arrived at AIDS 2014. We staged daily presentations and other activities in the G'Day Zone, launched a special conference edition of HIV Australia, screened a mini film festival and much more. 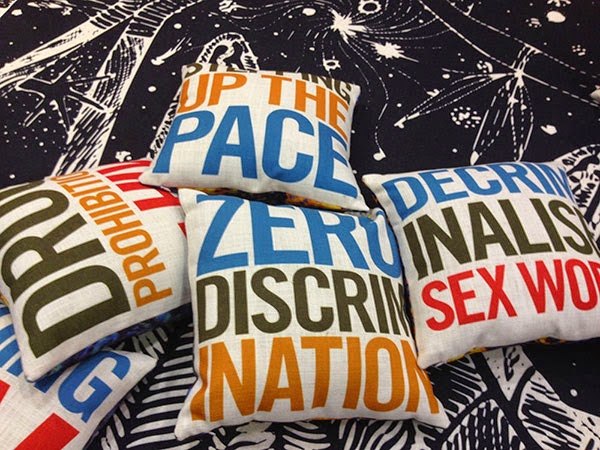 Lots more pics from the G'day zone and the conference here.

The International team also supported visiting delegates from the region who were sponsored as Australia Award Fellows. Find out more in the video. 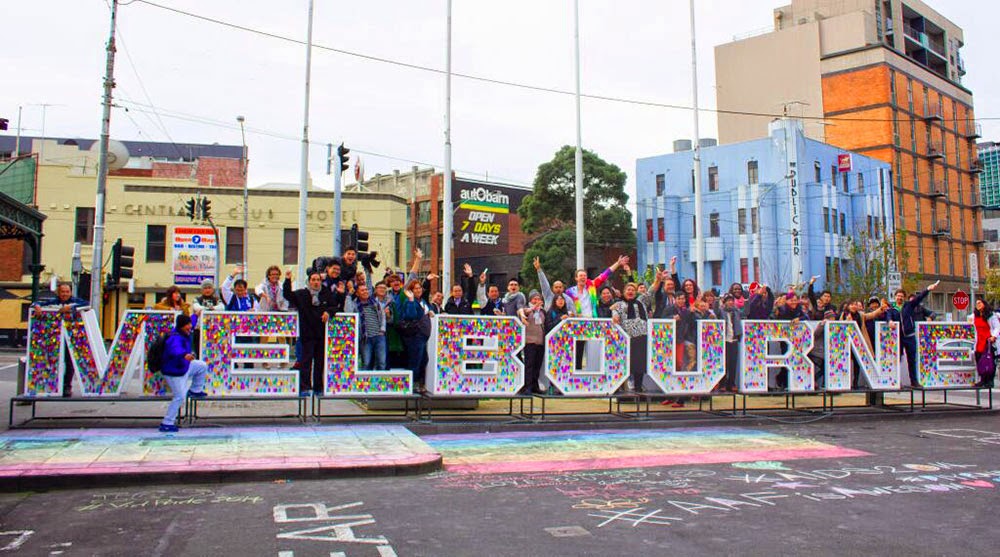 They painted the town rainbow. 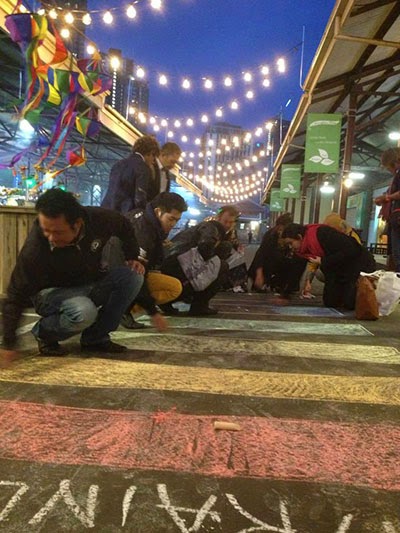 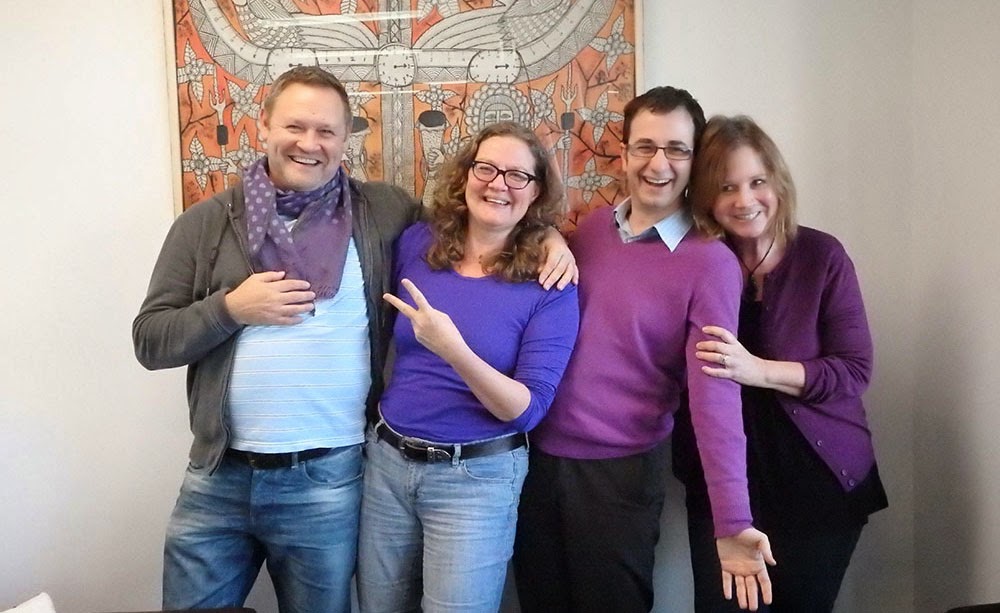 'PrEP' was a hot topic in 2014. Here's Health Promotion Officer Dean Murphy speaking at our PrEP Forum in Sydney. 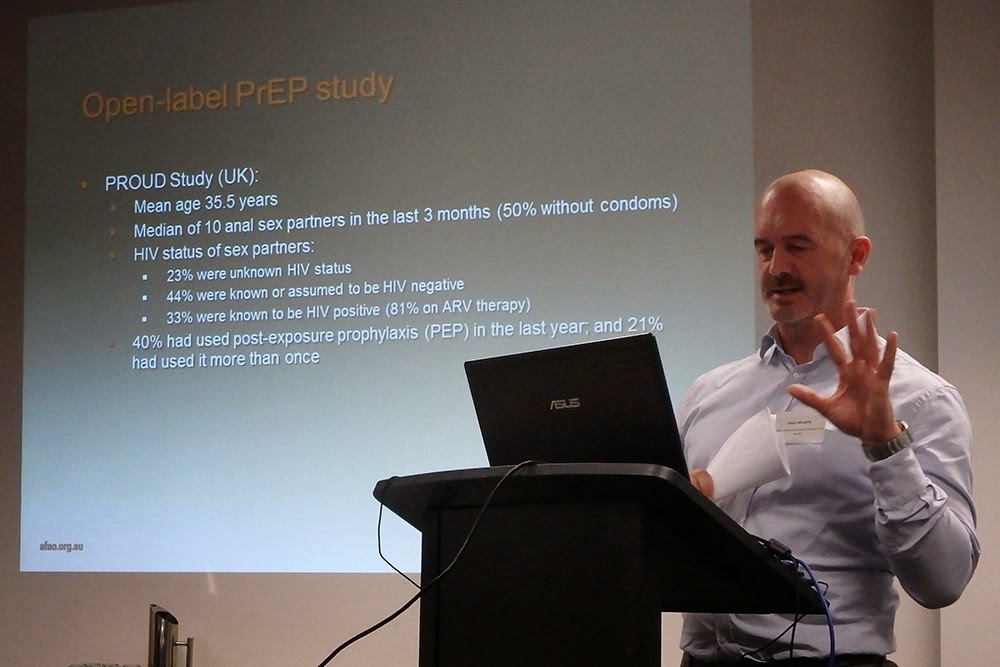 A typical AFAO Board meeting. 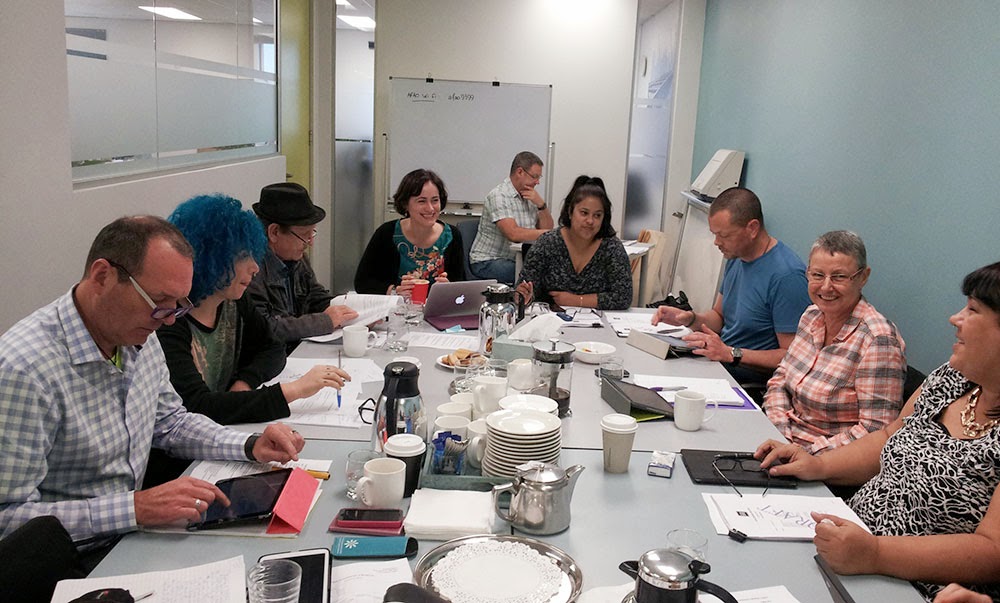 Our National Forum gave members and stakeholders an opportunity to discuss the way forward for the HIV response in the context of AIDS 2014 and a new National Strategy.

We welcomed our CAI project partners to Bangkok for their focal point meeting & helped launch stage 3 of the regional CAI project. 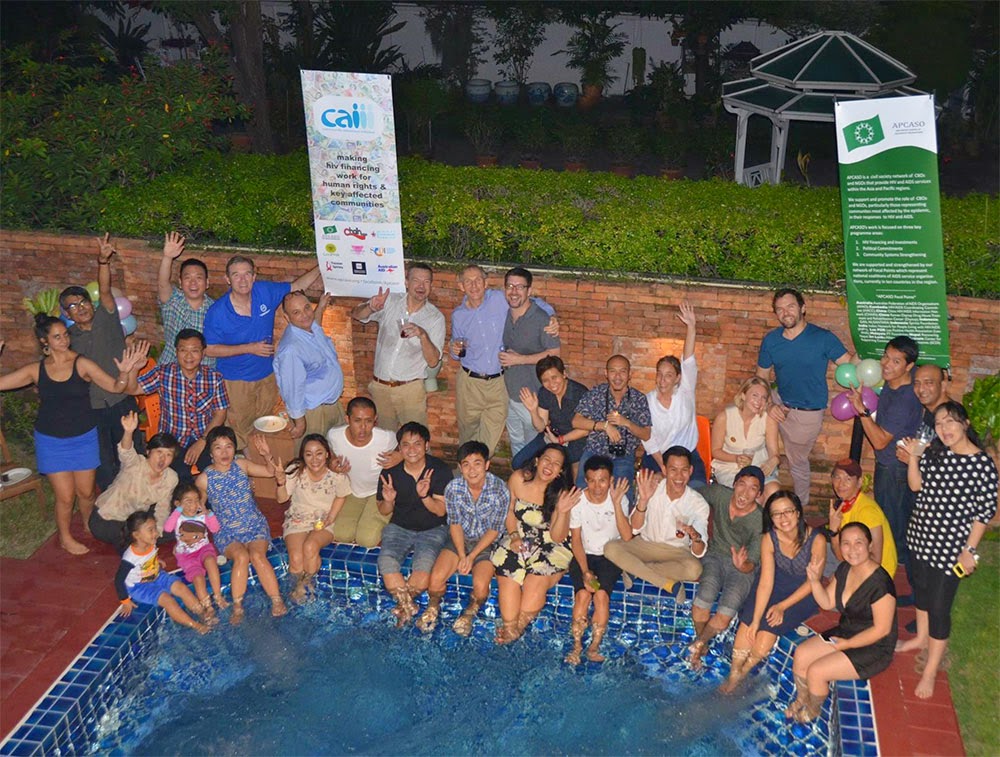 And finally, some down time in the Sydney  office. The cacti are happy. 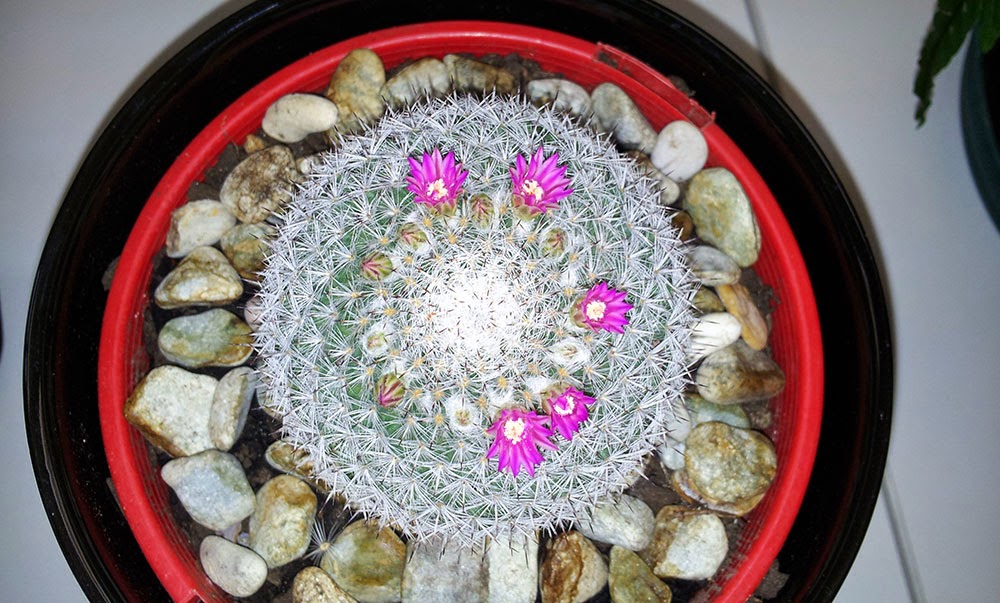 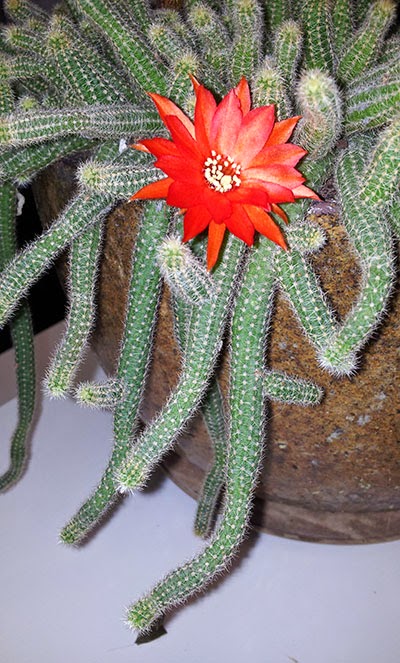 Actually during November we were quite busy getting ready for World AIDS Day, and our work with the Department of Health and our members on the Implementation Plan for the 7th National HIV Strategy also spilled over into December.

2014 marks 6 years of supporting the development of a national African Community response to HIV.

Still hard at work only a couple of weeks out from the end of the year, AFAO International Program Officer Chris Ward visited Islands of Southeast Asia Network on Male and Transgender Sexual Health (ISEAN) in Jakarta as part of the AFAO / APCOM JumpStart Project.

It's been a packed year. These pictures represent only a fraction of our work. More info and links are in our end of year e-update.

Thanks to all our members and partners from team AFAO for your collaborations, support and inspiration over the past year.

Wishing you a safe & happy festive season from Sydney .... 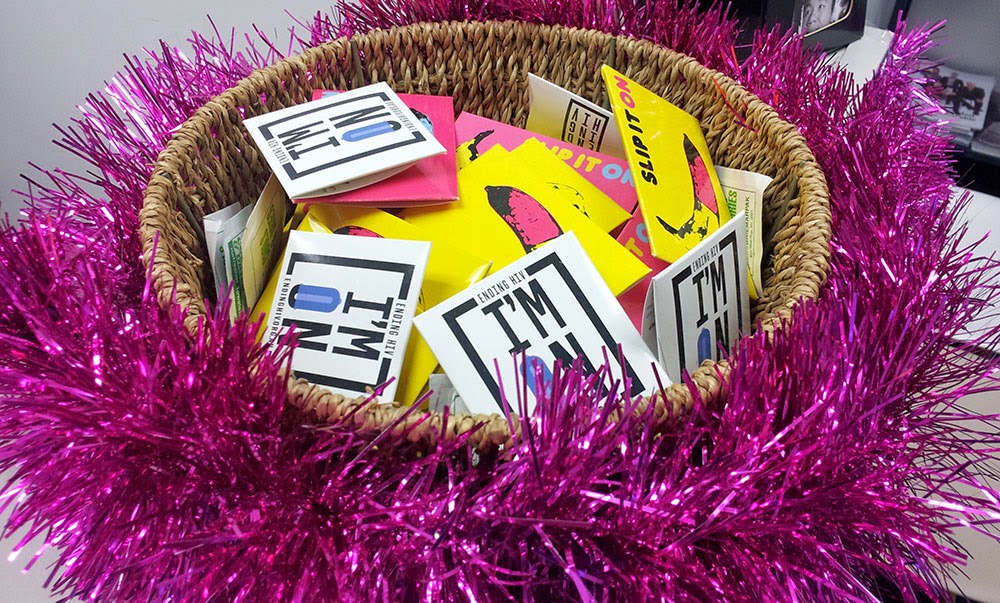