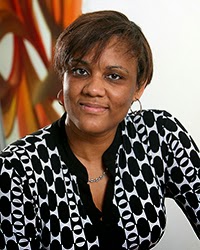 Suzette Moses-Burton, Executive Director at the Global Network of People Living with HIV (GNP+), invites you to participate.

We will be asking people to complete the sentence with a word or phrase of their choice. For example, “People living with HIV are … brilliant, campaigning for our rights, mums, doctors, decision makers, not criminals …” The possibilities are endless!

Whether you are living with HIV or know someone who is, we are calling on everyone at the conference, and members of the public passing through the Global Village, to stop by the PLHIV Networking Zone, and add their statement to the campaign, whether it is light-hearted or carries a serious message.

Visitors to the stand will be invited to take part in the campaign by writing their answer on a postcard. They can then have their photo taken with their postcard, which can be shared Facebook or Twitter, allowing them to pass the message on through their social networks. Photos will be also added to a scrolling slide show of images on a screen at the stand. People can also add their postcard to a ‘postcard tree’, forming a living 3-D sculpture representing the diversity of people living with HIV.

Along with supporting our campaign, you can also pick up information about GNP+ and our partner organisations, find out more about sessions taking place, see poster presentations, and use the Networking Zone as a place to meet friends.

Why is the campaign important?
The ultimate goal is to put people living with HIV at the centre of the International AIDS Conference, and to remind attendees from across all sectors that we are diverse, talented and our involvement is critical to ensuring an effective response to the HIV epidemic. Without our meaningful input along the entire spectrum of HIV programming, the HIV epidemic will continue to grow.

It has been demonstrated time and again, through various GNP+ tools, such as the PLHIV Stigma Index and the Criminalisation Scan that stigma and discrimination, criminalisation, and poor access to treatment, care and support services not only damage the efforts of all to overcome the illness and death caused by HIV, but also disregard basic human rights.

Through the Networking Zone, we hope to give voice to and profile the needs, desires and hopes of PLHIV, including key populations living with HIV who are attending the conference, and to provide a platform to highlight the importance of keeping the PLHIV perspective at the centre of the HIV response.

Join us on Monday 21 July from 7.00-8.30am in Room 111-112 for GNP+’s Satellite Session, entitled ‘Taking stock – opportunities, challenges, visions: Where next with the PLHIV Global Advocacy Agenda?’
This interactive breakfast session over coffee and croissants tackles and assesses some of the successes, challenges and next steps of the PLHIV Global Advocacy Agenda 2013-2015.

The session will highlight the work of many of the partners involved, and give examples of progress, as well as where progress has been blocked, and will be followed by a moderated panel discussion and Q&A session.

Don’t forget to sign up here for the Global Planet Positive Reception on Sunday 20 July from 20.30-22.30pm, an opportunity to network and mingle with other people living with HIV at the conference.
To find out more about where you can join us at AIDS 2014, visit: www.gnpplus.net/aids-2014-whatson.

Here are some other events you may be interested in attending:


Suzette Moses-Burton joined GNP+ as its Executive Director in January 2014. She comes to the organization from her previous position as National AIDS Programme Manager of Sint Maarten, Dutch Caribbean.

She also served as the Chair of the Caribbean Regional Network of People living with HIV and member of the boards of the St. Maarten AIDS Foundation, the Caribbean Coalition of National AIDS Programme Coordinators and the Pan Caribbean Partnership Against HIV/AIDS (PANCAP).

As a key advocate and leader for people living with HIV for over 20 years, she not only brings a wealth of experience, and a deep understanding of the HIV sector, but passion, creative thinking and new ideas to address the issues that people living with HIV face on an daily basis, particularly in the context of a shifting epidemic and the post-2015 development agenda.

Her vision is to take GNP+ in a fresh new direction that builds on the strengths of its existing programs, while adapting its approaches to meet the needs of PLHIV in the ever-changing HIV landscape.
Posted by AFAO at 10:03